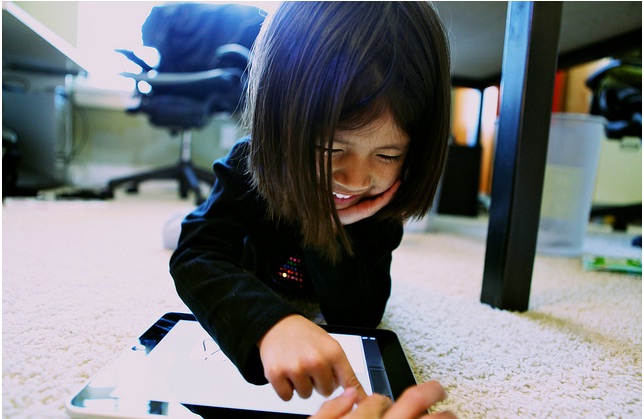 Tutors and Teachers: Are Classrooms Ready for the iPad?

It’s not even a year later and the revolutionary new tablet from Apple, the iPad, is already shaking up classrooms across the country.

On one side of the argument you have iPad supports (students, parents, teachers) who believe the iPad has the power to “change the way business is done in the classroom,” and on the other, you have educational pundits who believe the technology is too new and too expensive to entrust to students so early on. Many of these scholars believe that the iPad’s value should be proven with research before schools should begin issuing them. Many also believe that the iPad is a little extravagant considering that much of the functionality of the iPad is available on smart phones which are much cheaper in price.

With all this chatter, I thought it was worth taking a look at the iPad and discussing it”s perks from an educational perspective. We”ll also take a look at what the opponents are saying about the device.

Educations Software is Affordable on the iPad

According to a New York Times report a growing number of schools in New York are experimenting with using the iPads in the classroom. Teachers are using the iPad to lead classroom discussions, but instead of using their app as an “overhead projector” (an already antiquated technology) they’re using it to engage their students by using apps bought (cheaply) in the Apple Appstore.

There”s also potential that in the coming years Google will enter the online learning marketplace with an app store of its own.

The lightweight quality of the iPad also makes it a great substitute for the often heavy schoolbooks students usually must carry in their backpack. Schools experimenting with iPads believe that encouraging children to use an e-reading tools on their iPads in lieu of reading from text books will eventually cut costs. Since iPads cost $750 a piece, many might believe this an unnecessary extravagance for financially hurting schools. However, those who have doubts should keep in mind that the iPad helps students access a breath of knowledge beyond their textbook’s container.

With the launch of the Google ebooks store which allows students to access millions of classic novels for free, schools investing in iPads have the opportunity to invest school textbook money into areas that due to budget cuts are hurting. While the iPad might require a higher up-front cost, over 1,000 educational applications can be downloaded free. These apps are updated frequently and at no cost to the user, meanwhile when a textbook goes out of date it must be completely replaced.

Another reason some education experts are concerned about the iPad invading schools before proper research is conducted is that teachers may be overwhelmed by the technology if it does not come naturally to them. In Maine, every seventh and eight grade student was provided with a laptop computer. The program was completely successful, but before issuing the laptops the schools put a program in place to ensure its success. Mashable derived 6 lessons that educators, tutors, and teachers can take from the initiative and one of them was that schools need to support teachers as much as possible since much of the resistance of new technology comes from fear. The schools paid for substitute teachers while their full-time staff attended special classes which would help shape them as the sort of tech leader capable of leading a classroom full of students with laptops.

As a device, the iPad is incredible user-friendly and often easier to use than most laptops. Teachers might only need to attend a few quick courses to come up to speed on how to direct students using the iPad. Plus, the shape of the iPad makes it easier for teachers to make eye contact with students, something that laptop screens often obscure.