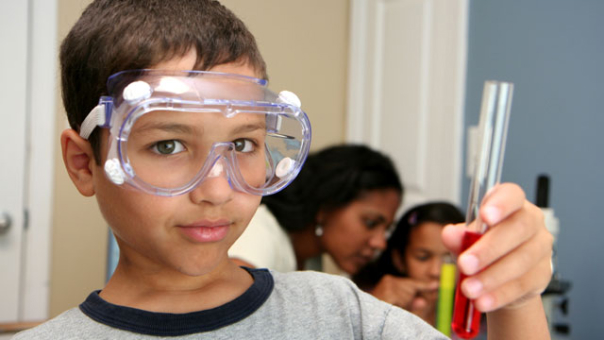 5 Articles in Education You Missed this Week: Universities, School Funding and Print Books Under Fire

If you’re in the education industry, chances are that you are walking a balancing act between the old methods of teaching and learning and a changing world that is full of distraction and wonder for young people. This week we take a look at some articles, studies and statistics which paint a picture of the changing world view in education.

1. Stand and Deliver on its Last Legs

Author: Jim Barber in The Australian

For two hundred years, the pursuit of knowledge often was synonymous with the word pilgrimage. For generations, the most elite class of the time would attend brick-and-mortar institutes and come under the tutelage of professors, doctors, and educated men and women who were the gate-keepers to a world of seemingly-unending knowledge.

However, that world has changed over the past 100 years and even more in the past decade thanks to the contributive, connective qualities of the Internet. Though we’re living in an exciting time where content is rapidly produced and uploaded within seconds, universities and publications are becomingly exceedingly antiquated and out-dated.

What can universities do, if anything, to modernize and invigorate their programs?

New data from the Association of American Publishers suggests that e-books are more popular than ever. While print book sales continue on a steady decline, e-book sales are up 193% in the past year alone. Escalated by the popularity of smart phones, Apple’s iPad and several e-book readers (many of which have come down in price over the past year), e-books sales have produced a whopping $39 million in August alone.

However, despite the overall shrinking print and paperback sales, some categories did experience some growth this year; educational book sales are up 15% when compared to last year.

Are states being fair with their school funding models?

A new study by the Education Law Center in Newark may have the answer. The study found that four-firths of states evaluated scored poorly on how they fund education to poor vs. wealthy districts. All states were judged on the same criteria: average state and local revenue spent per pupil, funding distribution, efforts to fund public schools based on the percentage of that state’s gross domestic product and lastly, how many children are attending public school.

While some states did fairly well on the four-part assessment, a few key states fell short (namely Illinois, Louisiana, Missouri, and North Carolina.)

4.  Obama to Appear on “Mythbusters“

We’ve talked before about the US’s declining competitiveness in science and math, but in a latest move, President Obama intends to show the world just how fun science can be. According to the New York Times, President Obama is making an appearance on MythBusters, a popular show on the discovery channel where Adam Savage and Jamie Hyneman, two former special effects experts and science geeks, try to use their engineering know-how to bust or confirm the world’s many myths and legends.

The myth Obama will help test is actually a myth that has been “busted” twice on the show before: the legend of the Archimedes Death Ray. Apparently Obama selected the debunked myth from a list of options for the President because it provides a great opportunity for students, teachers, and scientists to get involved and help prove or disprove the myth.

Why is it that US students are ranked 21st in science and 25th in math when compared to the rest of the world?

Well, one common denominator between many of the top performing countries and the US is that they have a very strict and rigorous hiring policy for teachers; top countries like Finland and South Korea, for example, recruit teachers from the top 5-10% of graduating college seniors exclusively. Meanwhile, only 23% of US teachers come from the top third of college graduates. That number drops considerably in poorer districts where only 14% of teachers come from the top tier.

4 Responses to "5 Articles in Education You Missed this Week: Universities, School Funding and Print Books Under Fire"