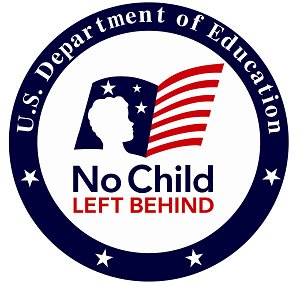 The Supplemental Education Services (SES) component of the No Child Left Behind (NCLB) legislation introduced in 2002 mandates school districts whose students fail to meet academic standards to use federal funds to pay for third-party tutoring. This law has been controversial since its inception, and studies of its effectiveness have shown mixed results. For example, research by the US Department of Education in five large school districts found small benefits in some districts but no benefits in others – though not all stakeholders evaluate these results similarly.

Congress is in the midst of revamping NCLB, but progress has been slow despite universal agreement that it should be updated. Education Secretary Arne Duncan announced in September 2011 that states could apply for waivers on third-party tutoring, provided they agree to various reforms advocated by the Obama administration.

Already thirty-seven states plus the District of Columbia have said that they intend to apply for a waiver between now and mid-February 2012. If granted, the waivers would free districts in these states from setting aside hundreds of millions of dollars each year for after-school tutoring targeting the lowest-performing students. This sweeping change would effectively end SES, which has already been eliminated from the Senate’s version of the updated NCLB legislation.

With a waiver, schools could funds previously earmarked for SES to support other programs designed to increase academic achievement among low-income children. This could free up more funding for other kinds of afterschool programs besides tutoring, and create new opportunities within the private education sector.

The nonprofit Afterschool Alliance is one source of guidance on how districts can effectively redistribute SES funding. Other industry associations, such as the Education Industry Association (the trade organization for private tutoring companies) and Tutor Our Children, continue to lobby to preserve SES.

What do its detractors say is wrong with SES? According to recent analysis by CBS News,  many point to low participation rates. Financially strapped districts may set aside 20% or more of their federal education money, which then goes unspent if few students sign up for tutoring – even as other budget items are slashed and teachers laid off. In districts where participation is high, there’s often not enough SES money to provide sufficient tutoring, limiting its effectiveness.

Another major issue is that there seems to be no clear, measurable indication of effectiveness commensurate with the money spent. At the same time, there is little linkage between provider effectiveness and payment because no federal money is available to monitor the tutoring companies.

Meanwhile, those defending the program assert that it gives underprivileged children access to vital educational resources that “level the playing field” with wealthier students. Many also feel that giving parents the ability to choose a tutor provides an important option for supporting their child’s education.

States that applied for waivers by the first-round deadline of November 14, 2011 could halt their participation in the SES program beginning with the 2012-2013 school year. What might these districts use their federal funds for besides after-school tutoring? In-school tutoring and summer school programs are often cited as alternatives that could be in better alignment with districts’ curriculum.

What might these potential changes to SES mean for the tutoring industry? SES providers are likely to be negatively impacted. However, overall demand for tutoring should remain very strong in line with competitive college admissions and other factors.

Does your tutoring company have a stake in the changing SES landscape? Please comment on how you feel SES waivers might impact the quality of education for low-income students.

Featured image courtesy of the US Department of Education.