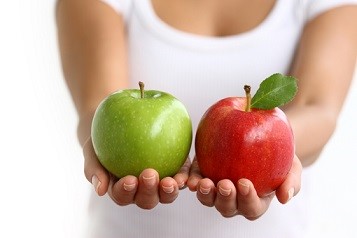 Since the 2009 launch of the Common Core State Standards, a debate has grown in education over whether the standards represent a step forward for high schools. Educators, politicians, parents, and others have asked questions such as: Are the education standards superior to the ones they replace? Do they benefit students of all backgrounds fairly? Can they be easily implemented in schools? Will the goal of improved college and career readiness be achieved quickly, take time, or be uncertain? And so on.

In 2013, fuel was added to the fire with College Board’s Facebook announcement that the upcoming redesigned SAT will be modified to align even closer with the Common Core. The statement was made by College Board President David Coleman, an influential figure in education who also played a large role in creating parts of the Common Core.

According to this excerpt from Coleman’s statement, three broad objectives drive College Board’s work in redesigning the SAT:

• Increase the value of the SAT to students by focusing on a core set of knowledge and skills that are essential to college and career success; reinforcing the practice of enriching and valuable schoolwork; fostering greater opportunities for students to make successful transitions into postsecondary education; and ensuring equity and fairness.
• Increase the value of the SAT to higher education professionals by ensuring that the SAT meets the evolving needs of admission officers, faculty, and other administrators, and that the SAT remains a valid and reliable predictor of college success.
• Increase the value of the SAT to K–12 educators, administrators and counselors by strengthening the alignment of the SAT to college and career readiness; ensuring that the content reflects excellence in classroom instruction; and developing companion tools that allow educators to use SAT results to improve curriculum and instruction.

As these objectives indicate, the Core Standards seek to make high school education more efficient, rigorous, and relevant, with a central focus on preparing students for both college and career readiness. A few of the specific curriculum changes reported include an ELA emphasis on understanding complex texts, especially persuasive and explanatory pieces, and a Math emphasis on deeper understanding of a reduced number of key content areas (rather than a survey of many) and the attainment of math fluency through this process.

Despite continued debates over its value, the Common Core has proven to be powerfully influential in the US since its launch, and many now view it simply as the new education paradigm. The news of the SAT’s move toward greater Common Core alignment may be both an indication of this trend and a further solidification of it.

On the topic of test alignment, it is also true that the ACT has moved toward greater Common Core alignment in recent years as well. (Both the SAT and ACT have always periodically updated themselves to align with various education standards used in the US; in the present, it has become increasingly based on the Common Core in particular.)

Even amidst these changes, some may wonder if the Common Core will continue to be avoided in some states, or if it is too problematic to work, as some opponents have suggested. In addressing the first question, it may now be safe to assume that the Common Core (or its influence) will affect every state, directly or indirectly. The reason is that other education standards still must prepare students for standardized tests, and the tests themselves are now increasingly mirroring Core Standards.

On the question of whether the Common Core will achieve its goals of improved college and career readiness, part of the answer may be determined by what schools make of it. For success on assessment tests such as the redesigned SAT, it may be ideal to create a good match between the content students learn and prepare with in school and the content the test uses.

A final consideration is that the Common Core, like the standardized tests it influences, may have an open-ended quality that allows it to change in response to the results students have using it. The ability to change in response to feedback may mean the Common Core will be less rigid than it is sometimes depicted, and capable of accommodating to the complex and unpredictable factors of modern education.

One Response to "Will Common Core Alignment make the SAT a Better Assessment Test?"