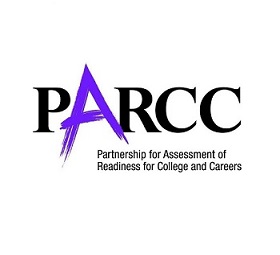 This article provides information on the content and current status of the standardized assessment test created by PARCC (The Partnership for Assessment of Readiness for College and Careers).

PARCC is a consortium of states that develop Mathematics and English Language Arts/Literacy assessments for grades K – 12. Their goal is to ensure that graduating high school students are sufficiently prepared for college and the workforce. The PARCC assessment is split into two required summative portions taken at separate dates in the school year.

The Common Core State Standards (CCSS) are education standards used by the majority of states. PARCC is aligned with the Common Core, and is sometimes described as a “Common Core Test.”

Although the PARCC does not affect the use of standardized admissions exams such as the SAT or ACT, its implementation can result in the replacement of equivalent assessment tests. In states such as MA, PARCC assessment is in the process of replacing the MCAS (Massachusetts Comprehensive Assessment System).

Given the choice between the PARCC and the MCAS, the number of MA public school districts scheduled to use the PARCC this spring included more than half of the 362 districts with grades 3 – 8, and approximately a quarter of the 295 with at least one high school for grades 9 and 11. In addition, it was predicted in January that by the fall all MA districts will have chosen the PARCC assessment.

Recent changes to the PARCC tests were announced during May of this year. Testing time will be reduced by 90 minutes; specifically, 8 hours and 15 minutes for grade 3, and 9 hours and 45 minutes for high school. Additionally, the portions of each yearly exam will now all fall within a period of 30 days, rather occur at separate windows of time.

All trademarks are the property of the respective trademark holders.