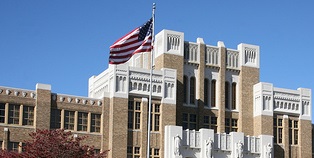 U.S. News & World Report annually ranks the top performing US high schools, not only nationally but also by state. This report, recently released for 2015, is a great way to see how the schools in your area are performing, as well as an opportunity to reflect on what makes a great high school in the first place. For the last few years, the rankings have also come to categorize “Best Charter Schools,” “Best Magnet Schools,” and “Best STEM Schools.”

To analyze the massive amount of data that was needed to rank more than 21,000 public high schools, this year U.S. News & World Report teamed with RTI International, a global nonprofit social science research firm based in North Carolina.

With similarity to past years, the ranking methodology is based on the principles that “a great high school must serve all of its students well, not just those who are college bound, and that it must be able to produce measurable academic outcomes to show it is successfully educating its student body across a range of performance indicators.”

More specifically, schools are judged in a process that requires passing 3 steps. The ranking methodology describes the steps as follows:

• Step 1: The first step determined whether each school’s students were performing better than statistically expected for students in their state.

• Step 3: Schools that made it through the first two steps became eligible to be judged nationally on the final step – college-readiness performance – using Advanced Placement or International Baccalaureate test data as the benchmarks for success, depending on which program was largest at the school.

One change from previous years for the 2015 rankings was a lowering of the performance threshold schools need to enter Step 1. Schools had to meet a performance threshold of 1/3 of one standard deviation above the average to qualify for the rankings, changed from 1/2 of one standard deviation from 2012 to 2014. The website explains that one goal of this change was “to reduce year-to-year volatility in the rankings, so fewer high-performing schools drop out of the rankings over small changes in their performance on state assessments,” and clarifies that all qualifying schools still needed to perform better than average to be eligible to win medals.

The #1 ranked high school was School for the Talented and Gifted, a school that pushes students to be college-ready prior to graduation by taking at least eleven AP-level courses. This year marks the 4th consecutive win for the school.

Why are these results useful? For families that are moving or want to compare their local schools, the rankings give a consistent indication of which schools are most likely to offer their children the best preparation for college. Attending a top-ranked high school can not only ease the transition to college, but also help students accrue college credits, scholarships and/or marketable skills while they’re still in high school.

The rankings also give school districts a way to see how they stack up against other schools, and hopefully give educators a sense of what is working and not working across schools, districts and states.

Socrato is a website for scoring and performance reports for standardized admissions test preparation. Socrato reports are available for the SAT, ACT, PSAT, SSAT, HSPT, and many more tests. You can learn more or try for free at socrato.com. Featured image credit: Cliff.