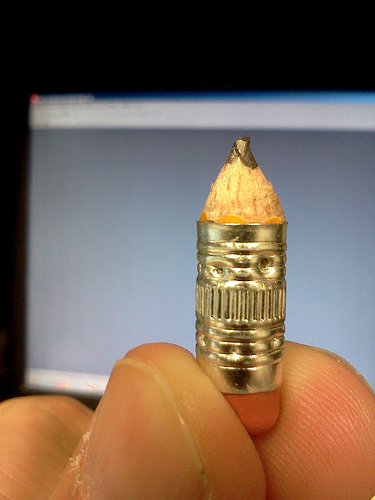 The ACT Test is Going Digital

Beginning as soon as the spring of 2015, the ACT college admissions test will be administered digitally. Digital testing can provide faster results — in minutes versus two to six weeks — for both students and colleges.

Since the ACT is designed to test students” high school learning and reasoning skills, it is already well aligned with the overwhelming adoption of Common Core across all but a few states. The online test version will still have sections to measure math, science, reading and English understanding, along with an optional writing section.

But according to the announcement made yesterday, while the digital tests will still feature a multiple-choice format, they will be expanded to include interactive sections. For example, students might conduct virtual experiments with beakers of chemicals in a simulated science lab, or explain concepts in their own words. The hope is that these “constructed-response” questions will engage students and make them more enthusiastic about the testing process. (If it doesn”t just make them more nervous than they are already.)

The “other” major high-stakes college admissions test, the SAT, recently announced changes in its format. Currently, about the same number of students take the SAT and ACT tests in their paper-based formats. But the ACT has been providing testing services to a number of states that are using computers for statewide testing, and is probably ahead of the SAT in that arena.

Most high school students are presumably comfortable enough with computing technology to embrace the shift to digital testing, and “all the anecdotal evidence is that students prefer the computer,” according to Jon Erickson, president of ACT”s education division. But the paper “fill-in-the-bubble” tests will still be available for those who prefer that format. One reason for this, says Mr. Ericson, is that “We don”t want to measure a student”s computer skills or fears.”

Another reason why ACT will implement digital testing gradually is that it needs time to iron out technical problems. For example, after a series of performance and connectivity glitches, and students who have yet to complete their required end-of-course testing in Common Core subjects (English II, algebra II, biology and US history) will need to take the traditional pencil-and-paper format exam instead.

ACT said that the number of students taking the exams had overloaded its online testing system, but that fixing it was simply a matter of adding additional capacity. About 60% of Kentucky”s school districts were planning to use the online testing system, versus about 35% in 2012. Schools now will be challenged to conduct paper-based testing in time to factor the results into students” final grades.

Besides Kentucky, several other states also had difficulties with their year-end exams due to the AT online testing systems. A number of ancillary issues also remain unresolved with the digital testing process, such as whether students will be able to use their own devices for testing.

What do you think about the online administration of high-stakes tests, including “instant feedback” on the results? For me, once technical issues are resolved there doesn’t seem to be much of a downside for students. What issues do you see that I”m perhaps overlooking?

One Response to "The ACT Test is Going Digital"