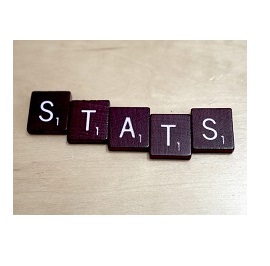 Testing Stats Suggest US Students are Not Overtested

Recent years have seemed to have brought an increased focus on the place of standardized testing in education. In addition to exams for college admissions such as the SAT and ACT, new assessments taken in the school year have come such as PARCC. The Common Core State Standards Initiative has also been a central part of the renewed emphasis on testing, because due to its content being assessed by both PARCC and admissions exams, it has become an important component of school curriculum.

Due to the fact that different US states have chosen to support or oppose of initiatives such as the Common Core and PARCC, and that state membership has been influenced and even changed by feedback within the states, standardized testing in general has become a topic of discussion and debate in the US.

One view of those who have opposed the Common Core or PARCC is that there is too much standardized testing in schools overall. And while not all sides see testing as a negative influence, the view that that testing is has now been increased or overdone in the US has been widespread.

Despite the prevalence of this general view, recent information gathered from students from different countries has suggested that the picture is more complicated, and that American students may not be overtested compared to other students to the extent often assumed. In an examination of the issue conducted and described by the director of the OECD (Organisation for Economic Co-operation and Development), 2% of US students reported taking standardized tests once a month, compared to 34% in the Netherlands, 21% in Israel, 8% on average across the countries tested, and the same percent as the US for Finland.

On the question of taking a standardized test at least once or twice per year, 97% of US students reported doing so, compared to an average of 76% across countries, and again a similar percentage to the US for Finland. Finally, on the question of taking tests at least three to five times per year, US students had a comparatively higher percentage compared with other countries: 40%, compared to 16% in Finland and 17% average across countries.

These findings were interpreted to suggest that while comparing testing frequency across countries may be difficult, American students may not be overtested in the way often assumed. The information used in the comparisons was gathered by asking the principals of 15-year-old students of OECD member countries who took the worldwide PISA assessment (Programme for International Student Assessment). One note on the data is that they are from 2009, although results of the PISA questions from the 2015 are scheduled to be released next year.

Socrato is a website for scoring and performance reports for standardized admissions test preparation. Socrato reports are available for the SAT, ACT, PSAT, SSAT, HSPT, and many more tests. You can learn more or try for free at socrato.com. Featured image credit: Simon Cunningham

One Response to "Testing Stats Suggest US Students are Not Overtested"