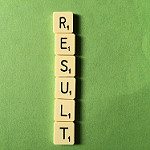 During the 2014 – 2015 school year, 11 US states and the District of Columbia took PARCC assessments (the Partnership for the Assessment of Readiness for College and Careers). PARCC members during this period have included the following: Arkansas, Colorado, District of Columbia, Illinois, Louisiana, Maryland, Massachusetts, Mississippi, New Jersey, New Mexico, Ohio, and Rhode Island. Regarding PARCC involvement, the governing states include NJ, NM, MD, MA, RI, CO, DC, and IL, and the non-governing states include AR, OH, MS, and LA.

The majority of test results for each of the PARCC members has since been released over this fall and the present month, although each member has used its own timeline for releasing testing data.

A common feature of the results across the states and their individual schools has been that a lower percentage of students than expected passed the assessments. In some schools or states, a percentage of 50% or less of test takers met the passing standard for the tests.

Differences in performance also existed between some of the states; for example, MA and NJ had a comparatively higher performance level than the neighbor state of RI. School performances within states were also not universally regarded as low, for example in MA, where some towns were perceived to have performed generally adequately. Overall, however, the most visible trend in the PARCC results for the members of the partnership has been lower performance or more difficulty on the test than expected.

Despite the existence of criticism of PARCC in some areas of education, as well as of the related Common Core State Standards on which its tests are based, many commentators in education have described the PARCC results as normal for a new test. Additionally, in some testing areas large numbers of students opted out of taking the test, which could have potentially affected the overall results. Those who support PARCC have recommended that students and teachers put more focus on preparing for PARCC assessments, and have expressed an expectation of improved performance in the future.

In response to the PARCC test results, states and educators have discussed plans to improve scores for the future or modify their use of PARCC. The state of RI currently plans to continue using PARCC assessments, although in a shortened form in the future. Other states, such as MS, have discussed ending their membership in PARCC from at least as early as last January.

Socrato is a website for scoring and performance reports for standardized admissions test preparation. Socrato reports are available for the SAT, ACT, PSAT, SSAT, HSPT, and many more tests. You can learn more or try for free at socrato.com. Featured image credit: Jeff Djevdet