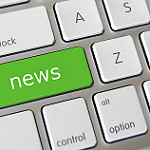 Recently, US News and World Report released a study of the 50 states based on 68 different metrics in seven categories: health care, education, infrastructure, crime and corrections, opportunity, economy and government. For the public education ranking report, click here.

Massachusetts is evaluated as the first overall ranked state, 3rd in the Pre-K – 12 category and 20th in higher education. On the other hand, South Carolina ranks 48th and 44th respectively, with the lowest overall score.

South Carolina’s Republican State Superintendent of Education Molly Spearman has spoken out against the report. She says that the report focuses too much on ACT scores and doesn’t put weight on what the state is doing to prepare students for “success” in today’s economy. What, then, constitutes the “success” of students? “They didn’t even look at our apprenticeship programs, they didn’t look at career programs,” Spearman said at TransformSC, a conference in Greenville aimed at promoting innovation in education.

Paul Hyde, contributing editor to The Chronicle Independent, asks us to think about South Carolina (and by extension any state) as a company. He writes, “The governor is chairman of the board, the lieutenant governor, treasurer, comptroller and other statewide elected officials are the board of directors. These folks set overall policy and are overall responsible. The legislature is senior management; they make the rules and regulations and decide how the money is going to be allocated. And in terms of education, the local school boards, principals, teachers, etc. are the line workers. The students and their education are the product.”

Hyde does not criticize the capitalist system of education that considers students to be workers for the state, and neither does Molly Spearman really. Although, a subjective analysis of her statement allows us an entrypoint to challenging neoliberal notions of the successful state product.

In the current model, children are investments that have to produce returns. What would it look like for the United States to treat students as complex fundamentally inquisitive people capable of forging the individualized educations they desire, granted the funding and resources? Where would the place for standardized testing be in that model? Is it possible in public education?