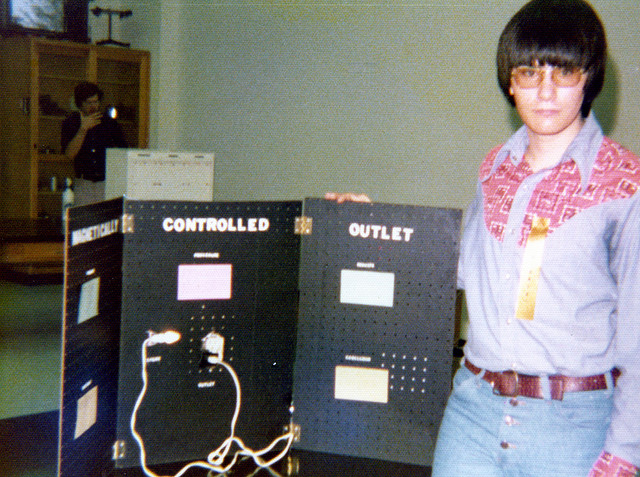 She Blinded Me with Science (and Math)

According to a new study just released by the National Center for Education Statistics, America’s high school students are taking more math and science courses. This is just one finding of The Condition of Education 2013 report, which “summarizes important trends and developments in education using the latest available data.” (Other focal points include employment rates for young adults who have college degrees versus high school diplomas, and the issue of student debt.)

To see what classes students were taking, researchers analyzed the transcripts of 9th through 12th graders. Their analysis showed that the percentage of high school graduates who took “advanced” science and math courses (calculus, statistics, physics and chemistry, for example) increased significantly between 1990 and 2009. Specifically:

It’s likely that these shifts reflect that students are listening to advice and other pressure from educators, parents and others, who have been consistently telling them that they need STEM courses to be better prepared for college and higher-paying careers in STEM fields. The newly released Next Generation Science Standards echo this directive, stating that: “the US system of science and mathematics education is performing far below par,” and that tomorrow’s college grads won’t be able to compete in the global economy as a result. At the same time, kids have been consistently hearing that “the nation’s capacity to innovate and the ability of American workers to thrive… depends on a broad foundation of math and science learning…”

The new science standards are geared toward bringing greater depth to students’ understanding of science, by teaching them hands-on about scientific inquiry and engineering design, and then asking them to apply that knowledge — in effect, doing what scientists and engineers actually do, which goes beyond listening to lectures, filling out worksheets and taking notes . (Does that sound like a liberal education tenet to you?) Classroom teachers are already changing their instructional approaches based on the new guidance. On May 23rd, Rhode Island became the first state to officially adopt the new standards.

Do you think the greater emphasis on STEM courses can turn America’s economic and educational decline around? What about all the children who are not inclined to study these subjects and pursue these jobs?

Featured image courtesy of The Rocketeer.

One Response to "She Blinded Me with Science (and Math)"