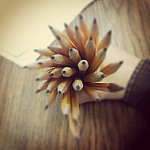 Scores for the New PSAT Released

High school students take the PSAT, or Preliminary SAT, on a testing schedule that occurs before the SAT. In addition to preparing test takers for the SAT, the PSAT is also a way students can qualify for the National Merit Scholarship program.

This spring, the new Redesigned SAT will begin being administered in testing centers. Due to the fact that the PSAT corresponds to the upcoming SAT, the most recent PSAT test also used the scoring and structure of the  redesigned test.

Scores from the PSAT have just been released to students, although according to one news article, they have arrived later than expected, and interpreting some aspects of the scores has been made more complicated by the redesigned scoring policies and the fact that the redesigned SAT itself has not been administered yet.

The article describes some of the following changes in the PSAT scoring:

College Board has indicated that some aspects of PSAT scoring may still be subject to change, and also provides detailed information on the scoring system on the PSAT section of their website.

Socrato is a website for scoring and performance reports for standardized admissions test preparation. Socrato reports are available for the SAT, ACT, PSAT, SSAT, HSPT, and many more tests. You can learn more or try for free at socrato.com. Featured image credit: Benjamin Chun