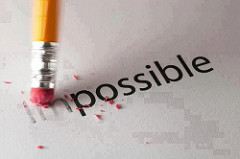 General Educational Development (GED) tests are taken by American and Canadian students who need certification of high-school level skills, often in place of a missed high school diploma. Passing the GED test is important for such students because it allows them more opportunities for work or college entrance.

In recent news, the GED Testing Service announced that the minimum score needed to pass the test has been lowered: it is now 145 instead of 150. One reason the scoring policy was changed was to better represent the full range of high school level abilities in test takers.

The <a href="http://www.gedtestingservice viagra kaufen stuttgart.com/testers/tester-score-change-faqs”>GED Testing Service website lists details on the score levels and the recent change in the passing score. One important fact is that the newly lowered score also applies to past tests if they were taken since January 2014. Students who took the test at any time since January 2014 and received a score of at least 145 but failed the test will now have their test status changed to pass.

Socrato is a website for scoring and performance reports for standardized admissions test preparation. Socrato reports are available for the SAT, ACT, PSAT, SSAT, HSPT, and many more tests. You can learn more or try for free at socrato.com. Featured image credit: Arya Ziai