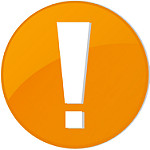 SAT Tests Cancelled Due to Cheating

College Board recently cancelled the international version of its SAT test in some of its locations as a response to indications of student cheating. Locations where cancellations occurred included China, Macua, Bahrain, and Kazakhstan, and in the past have included South Korea and other areas of Asia during indications of cheating in 2013, 2014, and 2015.

Not all details of the instances of cheating have been released, in part because it is thought that they could help others cheat in the future. One known example was of a section of the SAT being marketed on the Internet before the test was actually released in Asia.

Examples of cheating such as these are thought to indicate security breaches of some kind with College Board, and the test administrating organization is taking them seriously and attempting to prevent future instances. The cancellations are aimed at preventing students who cheated from taking the test, although they also have a major impact on the majority of students who spent time studying for the test, could be a setback for many.

Socrato is a website for scoring and performance reports for standardized admissions test preparation. Socrato reports are available for the SAT, ACT, PSAT, SSAT, HSPT, and many more tests. You can learn more or try for free at socrato viagra in england.com. Featured image credit: Simon Adriaensen