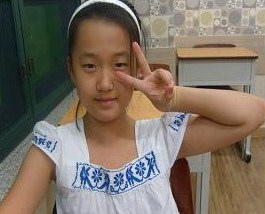 SAT Exams Cancelled for the Entire Nation of South Korea

In South Korea, education is seen as absolutely vital to economic success. The nation ranks high in most international comparative assessments of academic performance, ranks at or near the top globally in the percentage of college graduates among its population, and uses more tutoring per capita than perhaps any nation on earth.

As a result of this extreme focus and pressure, academic competition is exceedingly intense — and some individuals inevitably step beyond the bounds of legitimacy and even legality to get ahead. High-profile scandals over plagiarism or phony degrees and other qualifications among public figures are commonplace, for example.

But this week South Korea faced an academic scandal that put it in the global spotlight, as the SAT exams for the entire country were cancelled after allegations of widespread cheating came to light. The exams were scheduled for May 4, and about 1,500 students had signed up for them. Many were hopeful that their scores would help them gain admission to top-flight American universities. (According to the Institute of International Education, over 70,000 South Korean students are currently studying in the US, more than any other countries except China and India.)

The exams were called off on May 1 after the College Board, which oversees the SAT exams, and Educational Testing Service (ETS), which scores the tests, learned that South Korean tutoring companies purportedly had illegally obtained the exam in advance and had distributed it to students. According to a public statement, this choice was made only after every other option had been ruled out.

While SATs have previously been cancelled for individual testing centers or across a small area, this is the first time the test has ever been cancelled across an entire country. Testing fees were refunded for all the students who had registered.

The College Board said it would support criminal charges being brought against any individuals or organizations that may have taken part in the cheating. Currently it is unknown whether any testing centers or tutors have been charged; however, according to local reports authorities (both municipal and educational) are currently in Seoul, Korea”s capital. At least ten test center staff members have been told not to leave the country, according to the Wall Street Journal.

The Journal also reports that test prep center staff say that cheating is widespread. Some say that copies of official SAT booklets can be purchased from brokers for about US$4,500. The bulk of the demand for illegal SAT exams seems to come from parents, who will stop at nothing to seek advantage for their college-bound children.

This is not the first time there”s been cheating on the SAT in South Korea. In January 2007, 900 SAT scores were cancelled after an unknown number of students who took the test were found to have seen at least part of the test in advance. ETS says its testing security in South Korea has always been “among the most stringent of any country in which the SAT is administered,” but is currently conducting a security review and reevaluating its test center policies.

So where does this leave the students? Another exam date is scheduled for June, but many students no doubt are concerned about another cancellation. Reportedly some kids are planning to take the next scheduled test in Hong Kong or Japan. And as the executive director of the Korean-American Educational Commission said, “[The] Children are given an incredible burden. Who [among US colleges] will trust the scores from here?”

Do you think the College Board and ETS did the right thing to cancel the exams? What do you see as a possible solution to the global problem of academic cheating?