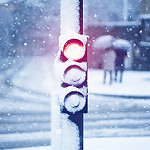 By Abhi On January 25, 2016 · Add Comment · In Assessments, Exam: SAT, In The News, Socrato: Announcements, Testing

Many of the SAT tests that had been scheduled for last weekend were cancelled in parts of the East Coast due to the winter storm Jonas.

The snowstorm that began on Saturday, January 23rd, reportedly led to dozens of cancellations, which in total comprised the majority of testing centers in DE, MD, NJ, NY, PA, VA, and DC. Fortunately for test takers that were affected by the cancellations, most of the notifications were made as early as Friday or Thursday, both in media outlets and on the College Board website.

College Board, which posted an updated listing of cancellations by state, also provided instructions such as that students should not go to testing centers they were not assigned to. A make-up date for the cancelled tests was also made quickly, and for most will be February 20th.

Socrato is a website for scoring and performance reports for standardized admissions test preparation. Socrato reports are available for the SAT, ACT, PSAT, SSAT, HSPT, and many more tests. You can learn more or try for free at socrato.com. Featured image credit: Luis Hernandez