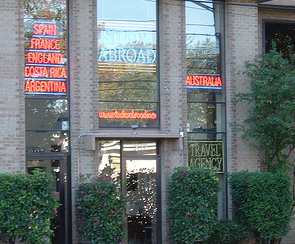 An education company in Britain, QS, annually publishes a report that ranks 400 top colleges and universities worldwide by thirty specific majors or courses of study. The latest report recently came out. No surprise: it ranks schools like Harvard, Yale, Oxford and Cambridge near the top in a range of subjects (English, law, medicine, political science). Technology giants like MIT and Stanford take top honors for computer science. Most of the top schools across subject areas are in the US and UK.

For the past five years, US News offered similar rankings across twenty-five subject areas in arts/humanities, engineering and technology, life sciences, natural sciences and social sciences. Based on the QS World University Rankings, its purpose is to “show how American universities compare with other institutions of higher learning.” The top institution overall in the US News rankings is MIT, with Cambridge ranked #2 and Harvard #3.

These rankings are fascinating and informative in their own right, and provide a valuable source of comparative data for elite students worldwide who have the academic status and resources to compete for entrance to these institutions. The rankings are also a useful way for academics to monitor how their institutions and programs are faring in the highly competitive global education market.

But perhaps most importantly, global university rankings across subject areas help fill the vacuum of information about study abroad that a recent survey of UK and US students reported. According to the survey, less than 25% of students said they had enough information to make a choice about whether or where to study abroad. This concern was seen as a greater factor than language fluency or reluctance to move far from family and friends.

Cost, of course, is a barrier to many students who would otherwise welcome the chance to experience travel and education abroad. But apparently many students were not aware of financial aid for study abroad that they might have qualified for.

About 20% of UK students and 50% of US students said they were considering study abroad, either for a short stint or a full academic degree program. (Only about 9% of US college students actually study abroad.)

Do you think international subject rankings for universities make sense and are valid and trustworthy? If you advise students on college options, how frequently do you discuss overseas choices with your advisees?

One Response to "Ranking Universities Worldwide by Courses of Study"