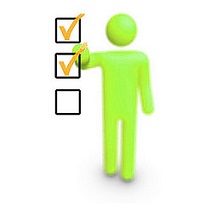 The Most Recent ACT Study Materials

Unlike the SAT, which is undergoing a large-scale redesign that splits it into a current pre-2016 and new post-2016 form, changes to the ACT tend to occur on a smaller scale and in a more continuous manner. There have been a few changes made to the ACT in the past few  years, although most have been minimal.

The primary ACT study resource is the The Real ACT Prep Guide book series, because it is the only book that contains full-length real (previously-administered) tests. The contents of the most recent 3rd edition include 5 previously administered full tests, which include two new practice tests.

Another part of the value of the Prep Guide and other official ACT study materials is that their content reflects the most recent changes made to the ACT. During some spans of years where no substantial changes are made, however, the newest edition of the Prep Guide may remain current for more than one consecutive year.

For some tutors and students that use past real tests for study purposes (also called released or retired tests), it can be useful to know the specific test forms of ACT tests. Each version of the ACT that is administered in test centers is assigned a specific form number which includes information on what date the test was first administered, and if the test form has been released in practice books for study materials.

In most official study materials that are listed as using real ACT questions or full real tests, the entirety of the questions are taken from a single test that was previously administered. Occasionally, questions may represent a composite of test sections or questions from more than one past ACT tests. An example of this is the content used in the 2015 – 2016 Preparing for the ACT booklet, which is assigned the form number 1572CPRE.

Socrato is a website for scoring and performance reports for standardized admissions test preparation. Socrato reports are available for the SAT, ACT, PSAT, SSAT, HSPT, and many more tests. You can learn more or try for free at socrato.com. Featured image credit: AJC ajcann.wordpress.com.