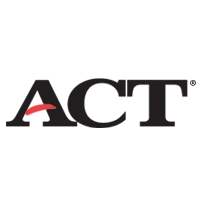 Preparing for the ACT

The ACT sits alongside the SAT as the two most popular standardized tests for college admissions in the US. In past decades the ACT was primarily used in non-coastal states where it has remained more popular to present, in contrast to coastal states where the SAT has been more frequently used. However, the spread of the ACT in the US has since grown, and now most colleges accept scores from either the SAT or ACT.

The ACT test is usually administered at least 5 times every year (4 – 6 times depending on state), with a test typically occurring every 1 – 3 months of the academic year. After each specific version of the ACT test have been used in testing centers, there is a system by which some of the tests are released to be used as practice tests in study materials like the Real ACT Prep Guide book series.

Tutors, educators, and individual students preparing for the ACT often find it most useful to practice using real versions of the test, and of those tests, the more recent ones may be most relevant because they bear the closest resemblance to the current ACT. Out of the large variety of ACT study materials – including real tests, official practice books, official informational booklets, tutor books, and third-party books – not all use real ACT tests, and those that do may differ in how recent the tests they use are.

Socrato.com has recently published a new eBook that can help you make the most out of the available ACT study materials and allow you to quickly understand how to find the most recent and relevant tests to study. The free 14-page book breaks down the complex topic and distills out all of the useful information into clear diagrams and easy-to-understand bullet-points.

Check out The Best Resources to Prepare for the SAT today.


Links for further information on the official ACT website:

Question of the Day