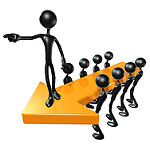 PARCC testing results were recently released for some of the 9 current states that use the test, including New Jersey, Rhode Island, and Massachusetts. Some of the other PARCC states have not released data from their first year of testing, and may not for their second year, either.

PARCC, or The Partnership for Assessment of Readiness for College and Careers, is a relatively recently testing system used by some states to replace previous state standardized tests with what they describe as a modern assessment. PARCC testing has a relationship with the Common Core State Standards, in that the Common Core corresponds to some of the content PARCC tests students on. PARCC assessments have been in development for years, making the recently released testing data one of the first indicators of how students, schools, and states perform on them.

One of the largest news stories has been that PARCC test scores were reportedly lower than expected in RI. These results have caused some to ask questions about the ability of students and schools to perform well on the test or the reasons for the results. Other figures in education and politics have interpreted the results to indicate that preparation for PARCC is in need of improvement, and expect improved proficiency in the future.

In a simplified state-by-state comparison of results on the test, NJ and MA had comparably higher scores than RI. Despite this relative difference, results in some areas of the other states were not as high as expected, either. Of importance for these findings is the fact that the test is new, which has meant that states will have more to test their expectations against beforehand in future assessment cycles.

RI is not expected to drop the PARCC test in the future, and plans to continue using it for the time being, but with a  shorter test in the future. One goal is that improved scores may result as students and teachers become more familiar with the test standards and formats.

Socrato is a website for scoring and performance reports for standardized admissions test preparation. Socrato reports are available for the SAT, ACT, PSAT, SSAT, HSPT, and many more tests. You can learn more or try for free at socrato.com. Featured image credit: Scott Maxwell