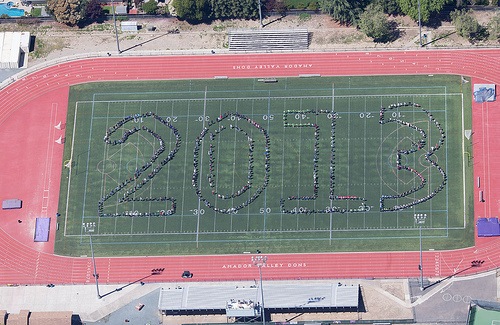 Latest Report: Only 25% of ACT Test-Takers Are Ready for College/Career

Every year since its founding in 1959, the nonprofit ACT has collected and reported on data that reflects students’ college/career readiness. The 2013 Condition of College and Career Readiness report came out a few weeks ago. Its goal is to provide national and state-level windows into college readiness among graduating high school seniors who took the ACT (which 54% of 2013 high school graduates did).

ACT offers an infographic on the report, which is reprinted here with attribution. (You can download the full report in PDF format here.)

To be considered college-ready, all four benchmarks must be met. Only 26% of 2013 test-takers achieved that. 64% met the English benchmark, 44% met the reading and math benchmarks, and 36% met the science benchmark.

This performance is overall slightly lower than in the prior four years. Performance on the science benchmark has risen steadily since 2009, from 28% to 36%, while reading dropped significantly this year, from 52% to 44%. The number of students actually meeting the college readiness benchmark has actually risen a bit, from 23% in 2009 to 26% this year. And 22% more students took the ACT in this five-year period, so the tested population became more diverse.

Analyzing the data by ethnicity, disparities were wide as in prior years. For example, only 5% of African Americans taking the ACT in 2013 scored as “college-ready,” versus 43% of Asians and 33% of whites.

A major predictor of success on the ACT, and thus ostensibly success in college, was taking one or more core curricula in high school, defined as four or more years of English and three or more years each of math, science and social studies. This greatly increased the likelihood of scoring college-ready—from 7% to 46% in the case of math, for instance.

Given that 87% of ACT test-takers say they want to attain at least a two-year postsecondary degree, what do these figures online casino mean? Clearly, many students are not academically prepared to meet these goals, at least not without remedial help.

Yet among those students who took the ACT in 2012 and went on to postsecondary education, fully 40% who enrolled in a two-year program and 10% of those who enrolled in a four-year school had failed to meet a single college readiness benchmark while in high school.

“The readiness of students leaves a lot to be desired,” said Jon Erickson, president of the ACT’s education division. Jon Whitmore, ACT’s president, likewise said: “As a nation, we must set ambitious goals and take strong action to address this consistent problem. The competitiveness of our young people and of our nation as a whole in the global economy is at stake.”

What do you see as the cause of this lack of preparedness for postsecondary education among our high school graduates? What steps do you feel are most important to help solve it?

6 Responses to "Latest Report: Only 25% of ACT Test-Takers Are Ready for College/Career"