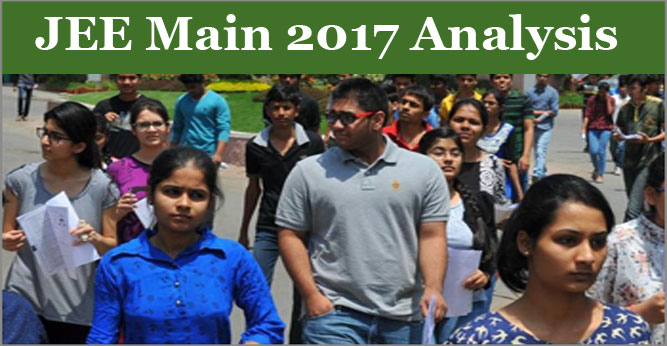 The JEE Main off-line 2017 has ended today and over 10 lakh students have appeared for the exam at 1,781 centers across India. Most students have found the paper difficult and tricky. Though the test was three-hour long but many students are complaining that the paper was lengthy. The test paper had 90 questions for 360 marks. There were 3 parts in the question paper consisting of Physics, Chemistry and Mathematics. General discussion is going on that Math section was lengthy and tricky. Math section consumed most of the time,

Each subject carried 30 questions. All questions were objective in nature with four choices and there was only one correct response. Each question carried 4 marks for the correct response and -1 for wrong response. All questions were ‘Single Correct Multiple Choice’ type. Only the candidates who get good scores in JEE Main will be allowed to appear for JEE Advanced 2017. There shall be no weightage for class 12 marks in calculating the ranks in the JEE (Main)

Here’s what going around in the news;

Congratulations to all the JEE (Main ) student who appeared the exam successfully and Best wishes for moving to JEE Advance.