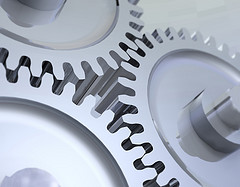 Up until the last few years, individuals seeking to demonstrate their high school certification without a diploma in the US have almost universally used the GED (General Educational Tests), created by the non-profit American Council on Education. In recent years, however, a revised GED that is more difficult and expensive ($80) has resulted in a massive decrease in test participation and passing rates. Reportedly, even some college students have had difficulty with it. These changes have opened up the niche for alternative equivalency tests to compete for its spot.

These foremost include the HiSET (High School Equivalency Test) by Educational Testing Service (ETS) and the TASC (Test Assessing Secondary Completion) by McGraw-Hill Education. These tests bear some similarities to the GED because of their need to assess the same core areas of high school knowledge, but also cost less, and some believe are less difficult. (Although some reviewers have described the TASC as more difficult as well.) The HiSET and TASC also use paper and pencil instead of computer, and the HiSET offers both an English and Spanish version.

The HiSET has currently been adopted by 13 states, including Massachusetts, New Hampshire, Maine, Iowa, Louisiana, Missouri, and Montana, and the TASC is now offered in 9, including New York, Indiana, New Jersey, and West Virginia. Some states exclusively adopt one test, while others such as Wyoming and Nevada offer multiple test options.

Given the stable history the GED has had for decades, these new developments make for a dynamic change in high school equivalency testing, with the HiSET and TASC racing to win over as many states and schools as they can. Amidst such fierce competition, the GED itself is also attempting to maintain itself, despite the growing dominance of tests like the HiSET.

It is currently unclear which equivalency test will emerge as the new standard, or whether test preference will follow geographic trends like those for the SAT and ACT (which are coastal vs. non-coastal states). However unlikely, some may also wonder if the GED has a chance of a comeback – which would perhaps require it to reinvent itself again.

What are your predictions, and if you had to take the HiSET, TASC, or GED, which would you choose?