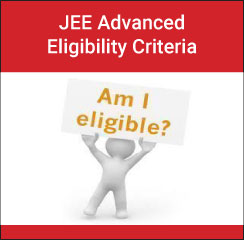 All the Indian Nationals (including Person of Indian Origins/OCI) must fulfill each and every one of the following five criteria to appear in JEE (Advanced). Ministry of Human Resource Development (MHRD) has decided some major changes in the pattern of Joint Entrance Examination (JEE) for the year 2017. The decision has been taken after committee set up by IIT Council. The meeting of IIT Council was conducted in October 2015 with the eminent persons in the subject of improving the system of Joint Entrance Examination (JEE). The main focus of meeting is to scrap the class 12th marks weightage given in the JEE (Mains) ranking. The committee had recommended major changes in JEE Main eligibility criteria 2017 for admission to IITs, NITs, IIITs and CFTIs.