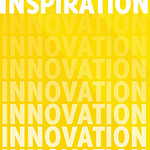 New products and innovations in education technology have occupied a spotlight of attention in education news for their potential to aid and transform high school and college classrooms. Increasingly, edtech tools and new website services have also changed the way students communicate, access homework material, save and store their work, and even apply to colleges.

Edtech at Penn State has been a focus of interest in education news at least since January of this year, when the college president announced details of an economic plan to boost entrepreneurship, student outcomes, and jobs surrounding the school. Titled Invent Penn State initiative, the plan is a $30 million investment that will include the hiring of new faculty members and entrepreneurs-in-residence to help make the college a hub of innovation.

A major part of the Invent Penn State initiative is called the EdTech Network. The Network will be one between leaders in edtech, innovation, and education that is centered around the school. One key partnership has already been made – between Penn State World Campus and a student success organization called InsideTrack. In agreeing to the partnership, it has been reported that InsideTrack, which helps college students with school performance and career readiness, will co-locate six employees and four student interns to the University Park campus for four years.

The Network hosted one of its first major events during the first week of this month, titled the inaugural Penn State EdTech summit. The focus of the summit was a discussion held between representatives from more than fifty edtech companies about future partnerships and innovations that will have a positive impact on student success. The summit also was an opportunity for student entrepreneurs to present their projects.

Socrato is a website for scoring and performance reports for standardized admissions test preparation. Socrato reports are available for the SAT, ACT, PSAT, SSAT, HSPT, and many more tests. You can learn more or try for free at socrato.com. Featured image credit: Seth Waite