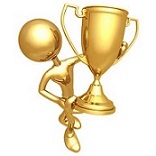 Earning any score near perfect on the SAT or ACT is usually considered excellent. And although every test taker would ideally like to achieve the highest score possible, receiving a perfect score is often considered out of reach.

Perfect SAT and ACT scores, which are 2,400 and 36 respectively, are possible and do occasionally occur. According to a recent article in the Fresno Bee, 0.03% of 1.7 million SAT test takers earned a perfect score, as did 0.08% of 1.9 million ACT test takers.

Fresno, California has been in the news on the subject because a 16-year-old high school student managed to earn a perfect score on both the SAT and ACT, reported September 30th by Fresno State. University High School senior Fayyaz Ahamed took both of the tests in June, as reported in the Fresno article.

Fayyaz reportedly used a rigorous study plan in preparing for the tests, which included the use of online test services and practice exams in textbooks. He took about two tests each day, made sure he understood questions answered incorrectly, and practiced with a timer to simulate real tests.

Fayyaz also has earned high marks in high school, such as a 4.25 GPA. He is currently considering applying to medical programs at top universities.