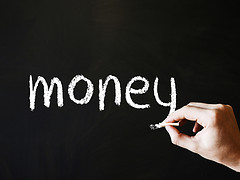 By Scott Cronenweth On May 22, 2012 · 2 Comments · In Education: General, In The News, Pay for Performance, Teaching

A recent study by the international Organisation for Economic Co-operation and Development (OECD) found no clear link between performance pay for teachers and higher student achievement in schools. The study examined data from the OEDC’s Programme for International Student Assessment (PISA) tests.

Previous studies by the OEDC and others have indicated that raising student and overall school performance depends on attracting top students into the teaching profession with “status, pay and professional autonomy.” The challenge, of course, is that public funds to pay teachers are in short supply in many countries. Rewarding only the most effective teachers has been touted as a way to achieve higher standards at less cost.

About half of the OEDC’s 30+ member countries, which include the US and many European and other “developed” nations, already use some form of incentive pay to reward high-performing teachers. The purpose of this latest study is to examine specifically whether this targeted, performance-based approach delivers improved results.

The study showed no clear overall pattern: some successful education systems, notably Finland, use performance-based pay, while others, such as South Korea, don’t. But several trends do appear to stand out:

Some of the questions the report raises center on how teacher performance can be reliably and equitably measured in the first place. In particular, how can one teacher’s efforts and impact be viewed in isolation from other staff and the school system as a whole? And how can teachers be expected to respond positively to “merit pay” incentives when their efficacy is so highly debatable, and potentially undermines school morale.

To improve schools, the principal author of the study recommends raising teacher status to be on a par with other graduate level careers. To support the learning needs of today’s children, teachers need to be “high-level knowledge workers” – not “interchangeable widgets in a bureaucratic command-and-control environment.”

Currently, teachers across the developed world are not accorded pay or status commensurate with their importance, says the report’s author Andreas Schleicher, the OEDC’s Deputy Director for Education. Teachers on average are paid about 20% less than other degreed professions. (US teachers fare even worse in this respect.)

In contrast, the most academically successful countries, such as Finland and Singapore, deliberately and systematically attract their brightest young people into teaching.

Do you think it’s possible for the US to raise the status of teachers to be on a par with the schooling and intelligence the profession demands?