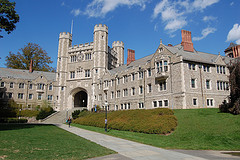 The Best US Colleges 2015 Rankings Released

In addition to its Best High School rankings, U.S. News & World Report is also known for its Best Colleges rankings, which have now reached their 30th edition. A brief summary of the schools that received the #1 spot are Princeton University for Best National Universities, Williams College for Best National Liberal Arts Colleges, and University of California-Berkeley for Top Public Schools among National Universities.

As may be expected, many of the high-ranking colleges such as Harvard, Yale, and Princeton are frequent winners over the year, some holding onto #1 spots for extended spans of time. Among the winners by category listed above, Princeton held the #1 rank for its second year, and Williams College held its for its 12th year in a row.

From methodology to a recently-expanded scope, the Best College Rankings, which measure academic excellence, share much in common with the Best High School Rankings. Key features of the College Rankings include information on nearly 1,800 schools, using 16 measures of academic excellence to rank all eligible schools. The ranking methodology also takes into account graduation and retention rates (accounting for 30% of the rankings).

In addition to the rankings themselves, information is also included to help parents and students  choose which colleges to apply to. This includes paying for college tools and resources and the Best Value Schools ranking category, which takes into account both affordability and excellence.

Many new changes were made to the 2015 edition of Best Colleges to help expand its scope and improve its usefulness. One new source of information this year is Clery Act data on campus crime and security information by school (not used in ranking schools). In addition, there are now more ranking lists that take into account specific student interests and considerations, including the following:

Below is a listing of the top three ranks for each of the major categories in the 2015 Best Colleges rankings:

Socrato is a website for scoring and performance reports for standardized admissions test preparation. Socrato reports are available for the SAT, ACT, PSAT, SSAT, HSPT, and many more tests. You can learn more or try for free at socrato.com. Featured image credit: stu_spivack