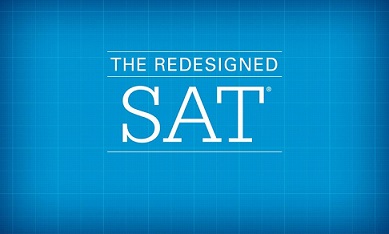 Are You Looking Forward to the rSAT?

The Redesigned SAT may seem to be a long way away. After all, it will not be administered until spring 2016, and test takers who fall in the period of transition between the current and new SAT tests will be able to choose between the two.

On the other hand, interest in the rSAT and early preparation also makes sense for students who expect to take it. One important consideration is that the the preliminary (r)PSAT test is approaching sooner, taking effect this coming fall of 2015.

One question for high school students who have a choice between the two SAT tests is whether they are interested in trying the new test the first time its released, or prefer instead to stay with the Current SAT. Some pros and cons may seem to depend on the admission policies colleges will use, although colleges are expected to be flexible in accepting scores from both tests during the period of transition.

Another apparent consideration is if it is safer to take the tried-and-true Current SAT instead of a new test that so far does not have as much preparatory study material or reviews. However compelling this logic may seem at first glance, it is known that an extensive amount of preparatory material will be released well in advance of the rSAT, including free material on the College Board website (the first full practice test is expected to be released by June). The massive amount of research and planning going into developing the rSAT and integrating it into the current admissions system also suggests that it will be a safe and reliable test.

Ultimately, then, deciding between the SAT and the rSAT may mostly come down to the personal preferences of test takers. However, hesitation or fear of the “new” elements of the rSAT seem misguided. In addition, with a sufficient study plan, the changes to the test could even be interesting or exciting. Why not embrace change and try your hand at the new test?

For more information on the differences between the rSAT, SAT, and ACT, see the new eBook “Comparison of the SAT, rSAT, and ACT.”

One Response to "Are You Looking Forward to the rSAT?"