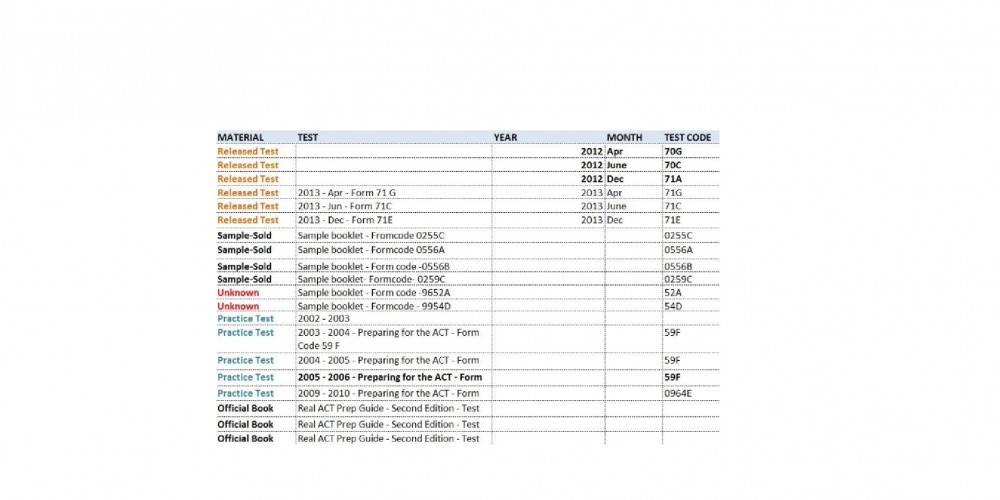 When it comes to ACT tests, have you ever wondered what’s in a name?

Actually, let’s take a step back. Did you even realize ACT tests use a system of naming?

New versions of the ACT are administered an average of five times every year, and each test is given its own naming code, a label that consists of a string numbers and letters. These codes can indicate information such as what kind of test is used, test content, and test release date.

In what ways can these naming codes be useful to you? ACT test names are most useful for students, tutors, and educators studying to take a new ACT test. The reason is that during test preparation, students benefit most by using real practice versions of the ACT, and of these tests, specifically the most recent practice tests.

New ACT tests are released in test preparation material including official study books and informational booklets, tutor books, and additional sources. When sorting through these materials, the test naming system can be used as a key to find the most recent and relevant practice tests for you.

To learn more about the ACT test naming convention and how you can use it as a reference guide, see Socrato’s new free eBook The Best Resources to Prepare for the ACT.

For more information on the ACT test, visit the official site for the ACT.