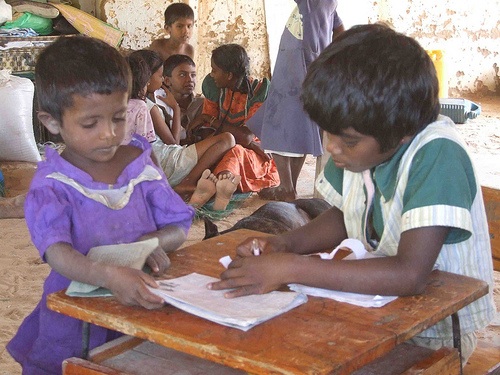 The “Shadow Side” of Asia’s Tutoring Boom

The world over, hiring a tutor has traditionally been seen as a way to help struggling students to improve their grades. But increasingly – and perhaps most of all in Asia – private tutoring has become an educational mainstay.

For example, nearly nine out of ten primary school students in South Korea are now receiving private tutoring in addition to regular schooling. In India’s West Bengal state, it’s six in ten. Even in Asian countries where tutoring rates are lower, there is still an ongoing increase in the use of private tutoring.

The cost of all that tutoring is enormous. In Hong Kong secondary schools alone over $250 million was spent on tutoring in 2011. Japanese families spent $12 billion on private tutoring in 2010. Even in Asia’s poorer countries, tutoring has a significant economic impact. For example, expenditures on tutoring averaged $3.40 a month per child in 2011, a major expense in a nation where per capita income is somewhere around $1,200 per year.

A study just released by the Asian Development Bank (ADB), a development institution devoted to reducing poverty in Asia, calls into question many aspects of this burgeoning trend – especially whether all this tutoring is beneficial for students and cost-effective for their families. The report also raises concerns about the social inequalities that access to tutoring could be perpetuating.

Is tutoring coming to “dominate the lives of young people and their families, maintain and exacerbate social inequalities, divert needed household income into an unregulated industry, and create inefficiencies in education systems”? Is “shadow education” (as ubiquitous private tutoring is referred to in Asia) actually undermining public education systems and impairing children’s personal and social development?

The ADB report indicates that there is little correlation between private tutoring and academic success, because many students are de-motivated and many tutors lack training and skills. It calls for regulatory oversight of the industry, as well as more focus on the basic educational concerns that drive parents and students to seek private tutoring. “[Governments] should ask why [tutoring] exists in the first place, and what can be done in the mainstream to make supplemental tutoring less desirable and necessary,” the study stated.

In Asia as elsewhere, private tutoring is intended to help students succeed academically. Education in Asia is highly competitive, and many students face standardized, government-sponsored tests that can largely determine their economic future. Thus, much of the demand for private tutoring stems from the belief that traditional education is inadequate and extra lessons are essential.

But, perversely, the prevalence of shadow education can actually incentivize teachers not to perform at their best in traditional school settings. The study explains that: “Some teachers are also focusing more on private lessons than regular classes, leading to another cause of inefficiency. Especially problematic are situations in which teachers provide extra private lessons for pupils for whom they are already responsible in the public system. This can lead to corruption when teachers deliberately teach less in their regular classes in order to promote the market for private lessons.”

One of the authors of the study further explained in an interview how private tutoring can undermine public education. He stated that “In some areas of Azerbaijan and Turkey, around the period of high-stakes exams pupils abandon school altogether, sleep through the day and study with private tutors at night.”

Either way, the tutoring boom is likely to continue.

What do you see as the implications of this report for private tutoring in the US and other developed nations in the west?